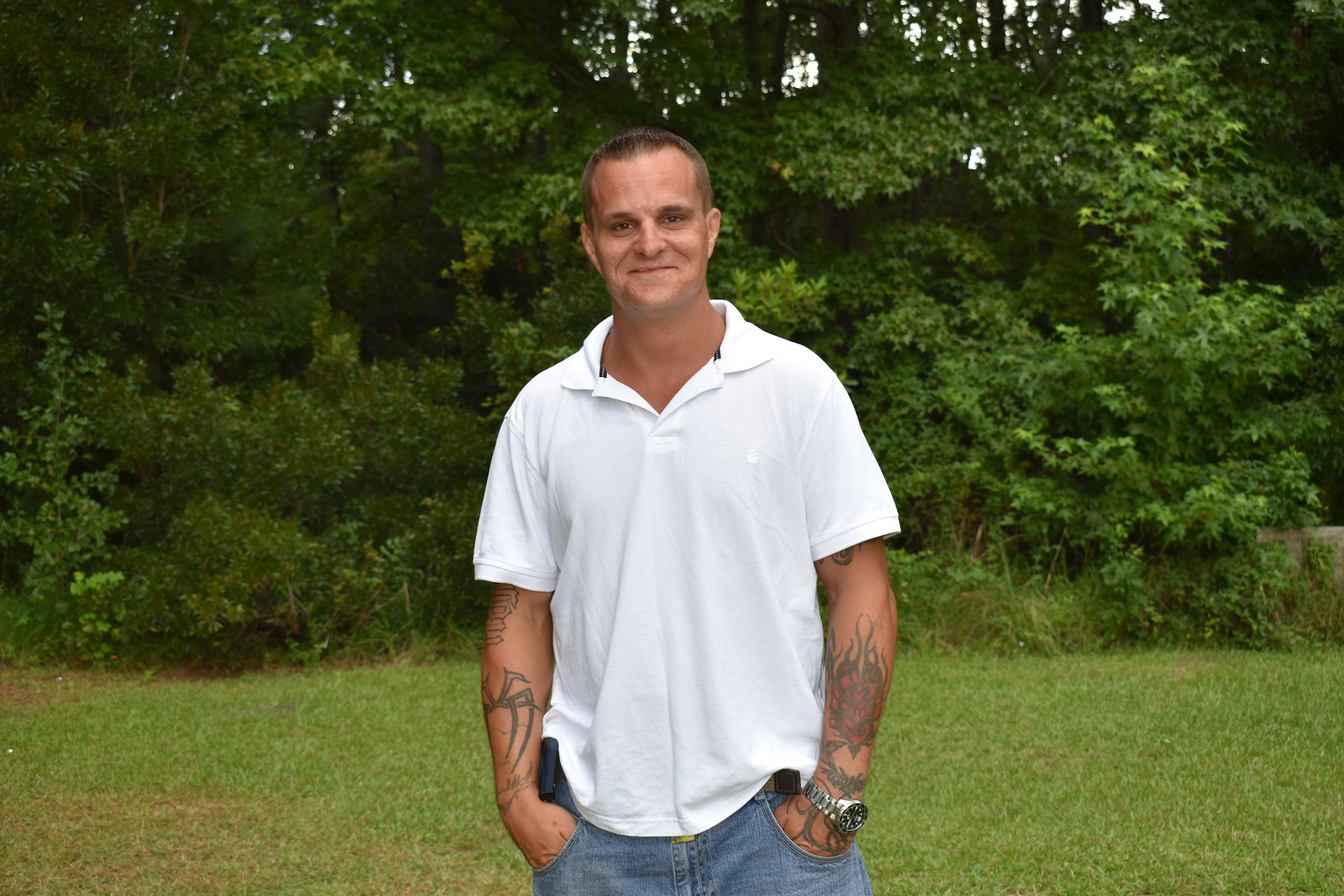 Please note that we currently use PayPal for these transactions. If you do not use PayPal, or do not wish to open a PayPal account and would like to support Corey Sweet, please contact us directly at 915-988-2450. Thank you!

Corey Sweet is a 33 year old husband, father and volunteer at Grace Ranch who is in training for the ministry.  Corey came to Grace Ranch in the Summer of 2014 by Greyhound Bus.  His wife Margaret Schilke had arrived a few days before him by plane.  He was recently homeless because of his heroin addiction and his children were in the custody of his in-laws.  He also was running from the law.  Now, he is a highly productive and respected member of the community at Grace Ranch.  His criminal woes were faced head on in 2016 and the Lord delivered him out of them all.  During that same trip to Maryland in 2016, relations were healed between he and his in-laws as well as with his own family.  He also had a wonderful opportunity to reconnect with his children.  In 2017, he and his wife returned to Maryland to pick up their children and they now live, as a family, at the ranch.  While Corey and his family have food and housing at the ranch, they have no income for personal items.  If you would like to adopt Corey as a volunteer, know that $250 a month would do just that.  If that is too steep for you, but you would like to make a one time gift or a smaller monthly donation, know that would likewise be greatly appreciated.  Click on one of the links above to contribute.