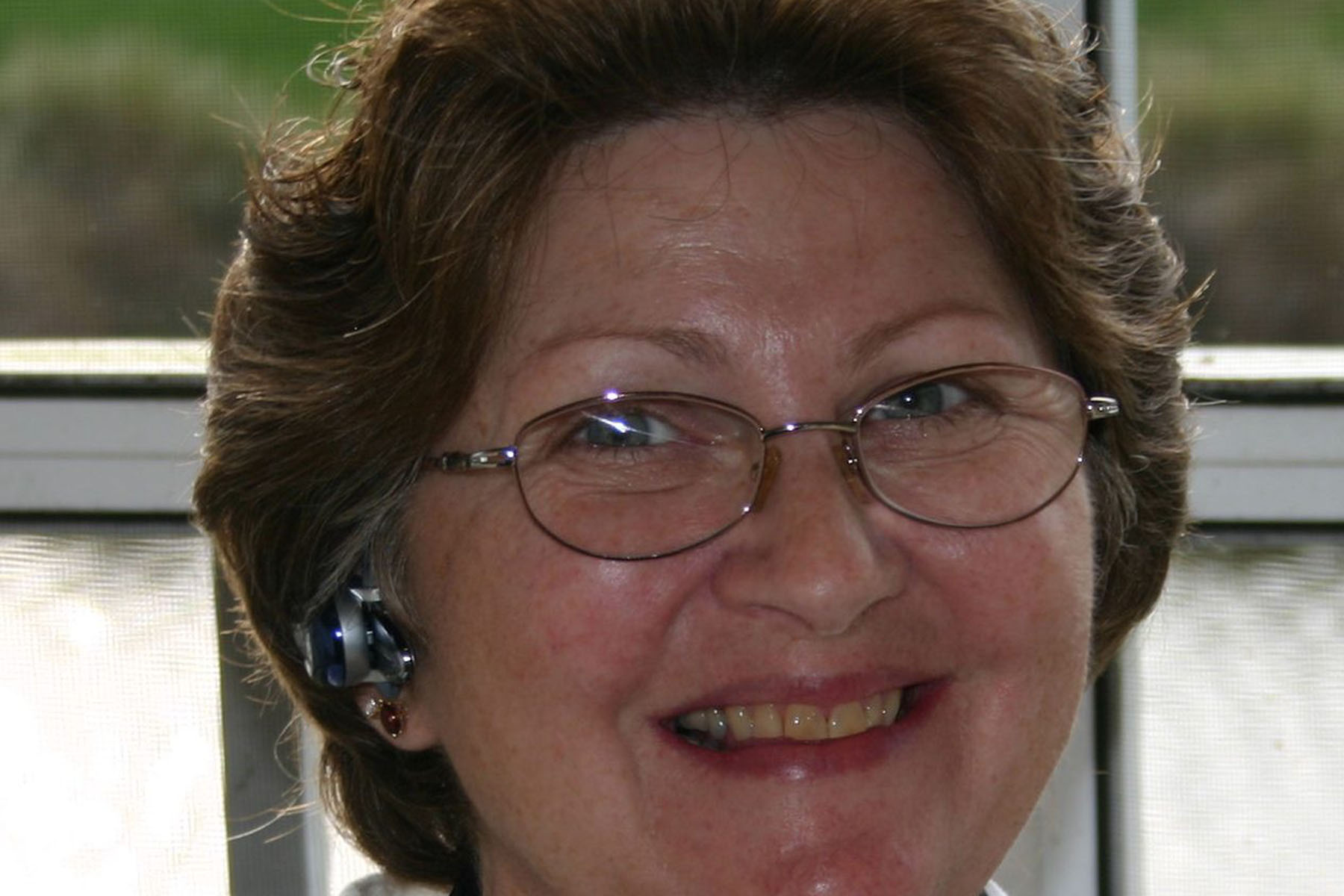 Ordained Minister with The Fishermen Ministry
Located in Connecticut

I was born in in a small town in Massachusetts.  Mom married and we moved to southern California, LA County. My little sister was born when I was three and I loved her from the start. Having her with me all of the time both governed & tempered my more daring impulses. (A wise move on my Mom’s part.) I resented the restraint at times, nonetheless she was my cherished little sis. This has not changed.  Love is like that, it remains where all else does not .I was taught and always believed in Jesus. But wasn’t churched much. Had a simple baby faith. Not altogether bad as I was saved from learning a lot of lies.

Mom divorced when I was six, and married again by the time I was eight. She was very “in love” with this man. Well, it turns out he was a pediphile. Very smart, very devious, very educated and he was a former LA County Deputy Sheriff. He was a small business owner as well. (All-in-all a seemingly upstanding citizen…Believable, reliable but really a monster.) We left  LA county  driving across the U.S, in a Dodge 4×4 Crew cab pick up & pulling our new home, a 35 ft. travel trailer.  We visited  relatives and friends on the way to a longer visit on a dairy farm in VT where Mom’s sister lived. Finally  driving the AL-CAN Hwy. to Alaska in Feb.- very unwise in winter!After a long sometimes scary, sometimes exciting trip we landed in Anchorage for a season before relocating to the Kenai Peninsula.  It was wonderful there, except for being  in bondage to this monster for four years. My cage was FEAR that he would do what he told me he’d do : “If  I talked, he would kill (my) mom and (my) sister.” I believed him….I was only a child and he was a credible adult who had  lots and lots of guns. I did  finally, I tell  Mom who believed me and was horrified. She experienced a taste of his threats when we tried to leave. He showed up at the airport (in Anchorage) and showed her he had his huge handgun under his jacket telling her if she did not get up and go without a fuss he would shoot both me & Debbie. All he needed to communicate what was going to happen to me was show a peek of the gun. I knew. I had a hold on Debbie but he had my Mom trapped there beside him. So we went back with him. On our second attempt, we escaped. This experience left me changed .

We went to our relatives’ dairy farm in Vermont. Mom divorced that wicked man and she had my youngest sister Michelle and married again. This man had a problem with alcohol but otherwise seemed ok. Well, I had had enough of stepfathers though. I decided to go my own way.

I ran away more than once, and I quit High School a month before finishing ninth grade.  I hitchhiked with a boy to Hartford, Connecticut.  Life was difficult for a fifteen year old runaway but i made it.  I met and fell instantly in love with Tim.  We moved to Bennington, VT hoping for better job opportunities.  We married in 1972 . Our marriage was tumultuous, though he was just 15 too, he was a full blown alcoholic.  I thought LOVE could fix everything. Our first son, Christopher was born in 1974.  We then moved back to Connecticut and had our second son, David, in 1978 and last son, Jesse, in 1979.  Tim left us and the children and  I moved to Louisiana to stay with my sister Debbie and her husband who was stationed at Fort Polk.  It was a miserable year. Was so hot and buggy. I had never been to the deep south before.

I began to try to build a new life and started seeing a very nice man.  Tim returned and asked for reconciliation. I agreed so we did. At tax return time we bought a used car, a road atlas and rented the tiniest U-Haul tow along and left for Vermont. We stayed with Mom a month then he found jobs and an apartment in Bennington.Things were going well. Ha!!! Not for long though. He was back at the same place in his head,” I can’t leave and I can’t stay.” He committed suicide. Our family was devastated and torn apart. This was the point I broke away from The Lord, shaking my fist in fury towards Heaven. ( I thought God a jealous and savage God who killed my beloved.)

Seven months later, I was introduced to Scott.  He was a supposed to be a  “diversion.” I was a bombed out wreck–He was another “project.”I was definitely not up to a repeat! He decided to get straight so I continued to see him. I then  moved to Connecticut.  After two years he moved in, “temporarily” I knew I’d never get him out. And never did! Somewhere in the midst  I decided I wanted  to live. My boys were attached to Scott and I realized it was either make a real commitment or break off now before it could make another giant upheaval for the boys.  We were married after seven years  and buying a house together. That was in July 1989.Also for the sake of the boys and the way schools and the neighborhood were going  we decided to sell the house and moved to NH to a rural, simpler life.  We bought a home in Cornish, NH. We had water problems there. I had been interested in the occult for years. Became a “witch” practicing Wicca after losing Tim–more I think to punish God than as a real thing. But put my all in it.Then, one day I had a vision . I saw a stage and a huge curtain and mt sitting in the front before this stage. This giant hand came and moved aside these huge curtains and behind was a shrivelled blackened charred man that was wet and his eyes were alive and so shocked I was seeing him. He was behind an apparatus of pipes and wires and speakers and he’d been pretending to be the “Goddess” and “God” of Wicca. Well, He was a total fake and I knew it was Satan. So as we stared at each other I said,” Oh, it’s just you.” No big scary or wondrous  being…..just him. So I knew God showed me the truth. And now I knew for certain that outside Him…..there was no good thing, no alternate, no “nonparticipation” statis to have, just time here till death came and then Hell forever.So I considered me a walking dead man(kind). During this trying time of having a property without a decent water supply and knowing you can’t sell it this way. Plus learning how our very Constitution was in danger of being shredded thus our freedom taken and learning of how many lies I’d been fed and had believed…my cup was ready to run over in a major way again! I was buying guns, ammo. survival equipment. Even training with Cops, Ex-Cops, and Ex-Military men on all sorts of things. Gearing up for the war I believed our corrupt government was about to visit on us all. Starting with those patriots who were speaking out about what they are doing!!My family was in harm’s way & I was going to defend them without prejudice. Something happened and I got the tiniest spark of HOPE that Jesus could ( it was —possible) forgive me. I prayed and HE DID !!!!!!! I knew then I’d need a teacher. I never told anyone what happened but clergy of all sorts started showing up. Finally these people who had a radio thing that Scott could use let us come up to VT to talk. I met “Davy” and he answered a  question about God simply, straight out and no onslaught of Bible beating ensued. His family seemed to love one another— even though living  crammed in a small  place AND he knew the Bible!!! So this was my answer. Here was my teacher.

That’s it for now.  There’s a whole biography after becoming part of The Fishermen Ministry, but I think that will have to be my Testimony. 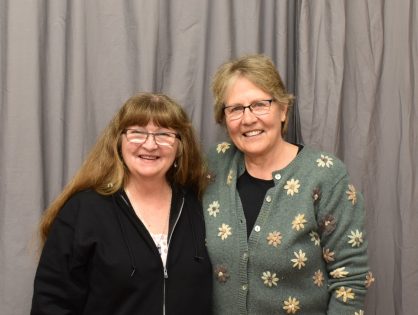 Jan. 27, 2019by TFM Administrator
Are you willing to be saved by grace without any justification other than Jesus?
Read More 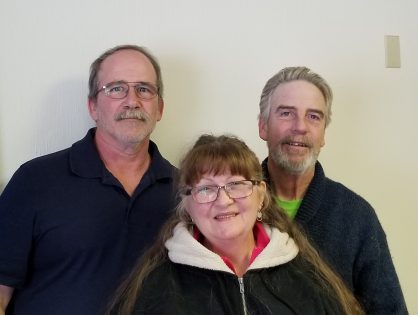 Nov. 25, 2018by TFM Administrator
Jesus first, it’s about Jesus, Do it His way
Read More 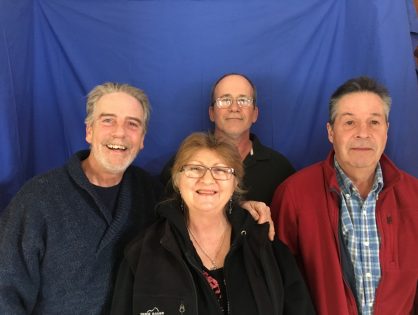 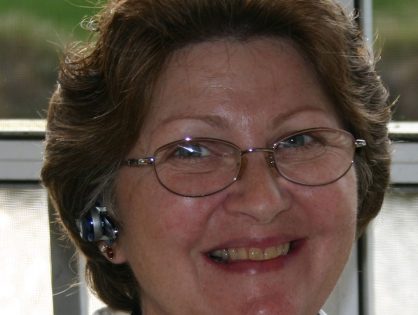 Jan. 10, 2017by TFM Administrator
I’d been exposed to the Baptist church as a child. My mother and grandmother both believed on Jesus so we went to Sunday School and…
Read More